All my fanfics can be found on AO3 !

I had a really wonderful evening tonight. A very good friend of mine (I don't say "best friend" because I have only one "best", a childhood one, but this friend is pretty close to being one:) went away in September and moved to London. He had no intention of coming back. We chatted a lot, we made video calls but nothing can replace a real life face to face meeting. The more time he spent in London, the more he wanted to stay there forever. I was happy for him, but it saddened me at the same time because it felt a bit like loosing him, especially when he told me that he wouldn't even be home for out Christmas dinner. A lot of our friends relocated recently, so this is a hard period for everyone.

Anyway, I had a dream four days ago that he came back and it was really nice. I've learned to trust my dreams, because sometimes I get a special feeling when a particular dream will come true. So I asked him yesterday when he'd be back and he answered "not today :(". I knew it right then. So I asked "Tomorrow?" "Aw, dammit, how did you know?"

So yeah, he flew back today and we -my best friend, DH and I- throw him a little welcome party. My husband didn't know he was coming back so it was a great surprise for him. DH's reaction was priceless. It was a wonderful night with drinks, cool music, a very nice meal and so much laughter that we had tears in our eyes the whole time and our stomachs really hurt.

And now comes the awesomest part. At one point he turned serious for a moment and said "ah, this is what I missed for these last months. Nobody could make me laugh like this." It turned out that that was the reason he came back. Because of us. The three of us. He missed us so much, he gave up his job there and flew back. And he's staying!

I feel like I really matter. I didn't think that I'd ever hear those words from the mouth of a friend I knew for just three short years.

I just...I can't really tell you how it feels. But I know that this night is not one I would soon forget. Even if there'd be just the four of us, our Christmas dinner would be perfect. :D

So I'm level 13 now, and battled with kobold chieftains, artisan skeletons and balorian huntsman, but...did I mention before that I hate spiders? I said that because of the huntsman, and I didn't think there would be worse. Balorian scuttlers and spinners are much worse. Spinner spiders don't even want to come close to you, they can poison you from afar, sometimes, even before you can see them or react. And scuttlers...well, they are just tough to kill and their bite hurts my health a lot. I need lots of potion to survive the Poisonous Realm, and changing strategy and weapons (from magical to non-magical) didn't help my situation much. But what can I do? Two down, two to go!

That I hate spiders. Both in real life and on the screen. Balorian worker spiders, armoured spiders, poisonous spiders. I hate them all.

I just completed the Silver Glade in Merlin The Game for the first time. It wasn't that much fun! I swear that I am disgusted by these things even if they're just drawings on the screen. And I can't run away from them, I'm choking all the time. And still two to go!

Seriously, what do you do with these things? I thought for a moment there that I wouldn't survive.

Yesterday I started to play Merlin the game (closed beta). At it's basics it's an average type of MMORPG, so the way you can get armour, magical  and other abilities, health and stamina potions are the same. The strategy is also looks the same: build a strong character. By completing the quests, you can get gold, crystals, and other rewards, with which you can buy the stuff that makes you more efficient in battle. You also need bread and other supplies if you go on a quest. The baker bakes breads, you cannot buy it, just wait for it.

I'm not so good at this. I only played BiteFigth a few years ago for a few weeks. These games are the typically the "more you play the more you have to start all over again" types of games. I'm not good enough to just start over yet. My character is at level 5 (still battling balorian spiders and skeleton guards) and I'm broke. Waiting for my bread to be ready, lol! 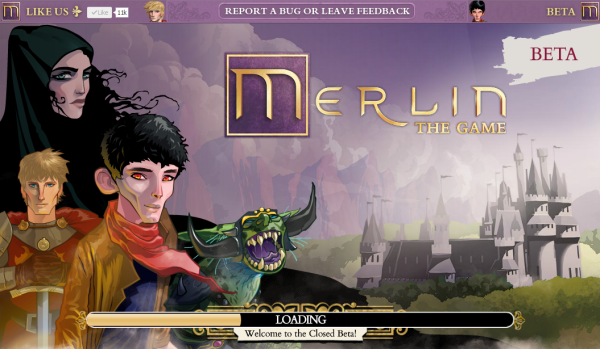 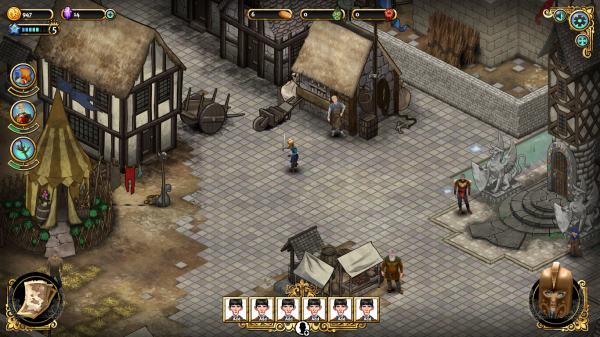 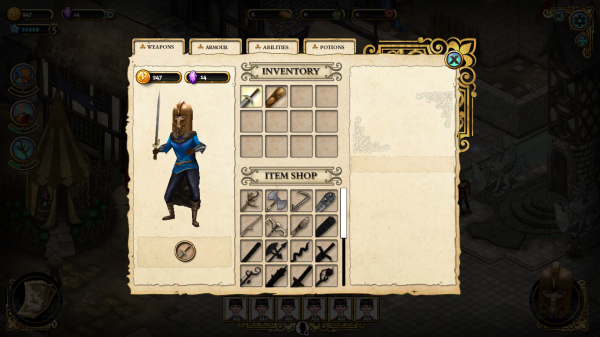 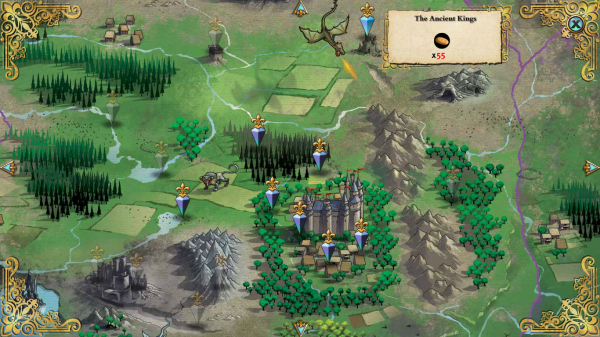 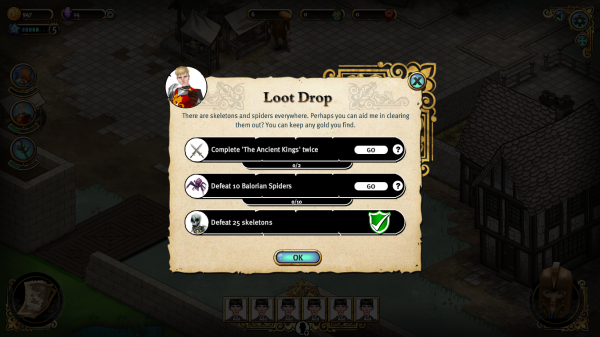 In Arthur’s Bane we saw them lying on the ground together shirtless. Now this! And Elyan’s face is priceless! He’s on to something.

I have to admit, they’d look cute together.

Um..Gwercival? (Sounds better than Paine. :) I'm sure there is a proper term for them around.

My little mouse passed away on Sunday. She was a real fighter. She had battled with breast cancer since May, she had two surgeries, but after the second one, her little immune system couldn't fight against the Mycoplasma, and it attacked her lungs. She couldn't breathe normally, and suffocated. I know she suffered a lot on her last night. We wanted to take her to the vet on Monday, but I had the feeling she wouldn't make it. I was right, and in a way, I'm glad our old girl didn't have to suffer through one more night. Twenty months (almost 21) is not bad for a mouse at all, but I hoped for just a little more, with less pain. She'll be greatly missed not just by us, but by her sister, Cordelia, who since Sunday just sits in a corner, waiting for Fred to come back. :( 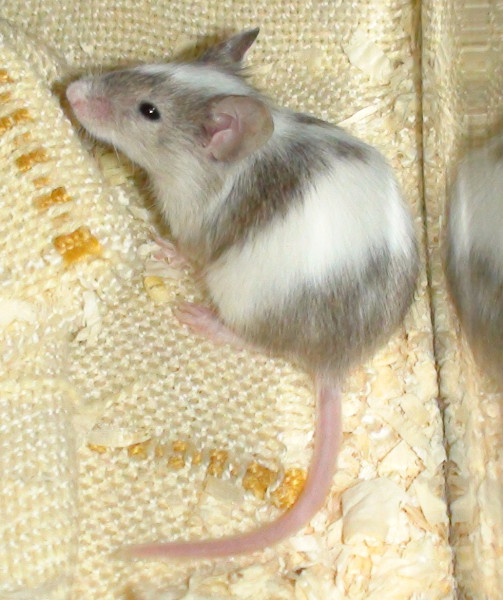 Maxim, Moulin Rouge, Blaue Katze, Folies.
At the end of the 19th century Budapest was full of orpheums with revues and cabarets providing entertainment of the highest quality for those who could afford going to one of the above mentioned elegant, exclusive clubs.

Sadly, only one of those is still standing, the Moulin Rouge, but even that one is functioning as a high profile discotheque nowadays.

But behold, something is coming to life once again. Finally, the Orfeum is here, working in the basement of the five star Corinthia Grand Hotel Royal. Just like the hotel itself, it's very elegant with luxurious plush sofas, and yes, 5 star prices. But the thing is, it's mainly for the hotel's guests. It's been there for over two years and almost no one had noticed it!! The entrance looks like it belongs only to the hotel, and average people, like me are walking by day by day never once thinking about checking it out, just perhaps sigh and think "oh, one day, if I'll get very rich..".

I never would have thought that I don't have to be rich to get inside! Last month there was a jazz concert there called 'Sinatra and Friends' and there was a ticket sale on the Internet with a 50% off last minute discount. That was when I realized that even the full price is very affordable, even by Hungarian standards. It's the average discotheque entry fee or the price of a movie theater ticket (but the food and some of the alcoholic beverages are way too expensive for us, so we drank coffee and ginger ale:).

Needless to say, it took me about 5 seconds to make up my mind and purchase two tickets and start thinking about what would be the appropriate outfit for the occasion.

I wasn't disappointed. The interior design despite all its up to date stuff perfectly mimicked the atmosphere of the early 20th century orpheums - minus the smoke.
The concert itself was practically an over three hours long one man show of the singer/musical actor Gábriel, accompanied by his jazz trio. They played everything from Sinatra to Cole Porter and Edit Piaf. Most of the songs were famous standards but there were a few unknown gems.

Tonight there was a discount again for the show called "A piece of my heart", but this time Gábriel sang Hungarian standards from the '20s to the '70s.

To be honest, I don't like Hungarian music at all. I don't hate it, but I don't listen to it, because it most often reflects the general mentality of the nation. And Hungarians are...well, how should I put this politely... they're in love with their misery. They always find a reason to bitch and whine about something. No wonder that one tenth of the total population are alcoholics.

But Gábriel somehow put together songs from the first talking movies to the '50s-'60s most popular dance music and made them sound positive, lovely, heartbreaking, old and new at the same time. He made them sound jazzy and owned them, with a huge bow before the original artists. This was no tribute concert though. This was about a man's love for what he does and pouring his heart out in song on a mini stage, and whatever he sang, you couldn't help but believe him. Seeing his face transformed into an expression of pure emotion was a sight to behold. We laughed and cried with him, and left a piece of our hearts there.

This night was truly magical. Something you would box up if you could, put up on a shelf of your mind palace to take it down years from now on on a cold, rainy night and relive it just as it had been, unfaded, preserved forever. But some things are meant to be fleeting, that's what makes them beautiful and priceless. I'm glad I was there to witness it, and for many more nights to come, I will put on my nicest dress to hear Gábriel sing in Budapest's one and only exclusive music club. It's good to know that there's still a place for something like this in this world.